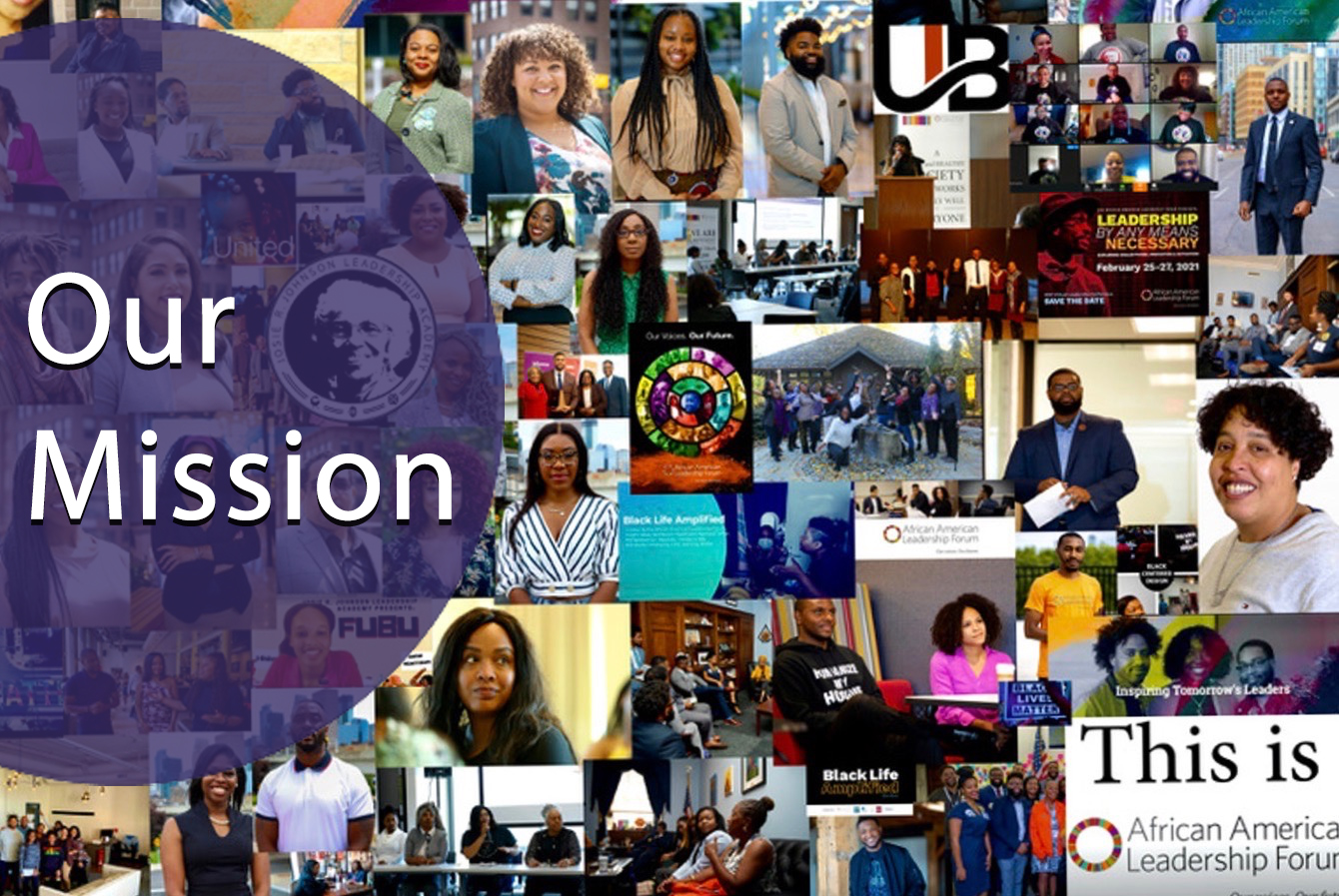 To improve the lives of African Americans in Minnesota by building a cross-sector network of leaders and institutions that convenes, collaborates, and champions solutions.

Our VISION is to be the hub that aligns, accelerates, and amplifies Black-Centered solutions.

We carry out our daily work with six CORE VALUES.

We are dedicated to lifting community-led solutions.

We operate with integrity and are accountable to our community.

We hold self-care and healing as a priority to all.

We are determined to make a systematic impact on our community.

We respect the diversity and authenticity of the African American community.

We are committed to elevating the collective brilliance of our community.

Originally founded in 2006, we sprouted from a dining room table at the home of AALF’s first co-chair Gary Cunningham in early 2007. He was seated with a handful of his friends. Cunningham is today, the current CEO of Prosperity Now.

“We started asking the question, ‘What are we as African Americans going to do to actually address some of the deep problems within our community?’” explains Cunningham, former CEO of the Metropolitan Economic Development Association, a group that offers assistance to businesses owned and managed by entrepreneurs of color.

Problems for black Minnesotans include some of the biggest educational, employment, and health disparities in the nation. Efforts to address these challenges were historically driven by white-led organizations and institutions. As a result, their approaches were largely ineffective.

That year, the two groups merged to become a cross-sector collective of about 45 prominent men and women. By that time, AALF had already grown out of Cunningham’s home and into the Northwest Area Foundation, where he was serving as vice president and chief program officer. At last, there existed an entry point to develop a common agenda that actively addresses the range of disparities in the Twin Cities — exactly what Cunningham says had been missing in the African American community.